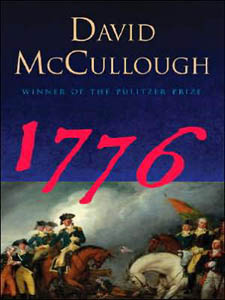 I recently read an article that stated a college professor asked his students what year America began their fight for independence and no one raised their hand, indicating that they did not know.  Now, I don’t want to go into a foray on the pitfalls and shortcomings of education in America, but this should surprise us all.  For me, this date was battered into my head many times throughout my years in elementary through high school and, as a history major, it was battered yet again throughout college.  So let’s just let that sink in…  Okay?

We are told from an early age about the Boston Tea Party, Paul Revere’s Ride, George Washington, and the Continental Congress.  We are told all about how we won our independence from England through the American Revolution; a war fought right here on our own land.  But how much do people REALLY know about our fight for independence?  If the above is any indication then we should probably assume that most people don’t actually know a whole lot about it.

Here comes David McCullough with his book, 1776, published in 2005.  If you are not familiar with him as an author, I want to say that he is amazing at writing historical non-fiction.  His books are written in such a way that they grab your attention and make you want to keep reading, even if you have a pretty good understanding of the subject matter at hand.  In fact, his book John Addams was made into an HBO miniseries and, to be honest, I am disappointed that 1776 never received this honor.

We begin our adventure into the year 1776 and the beginnings of the American Revolution in 1775.  King George is declaring that there are rebels in America, wanting to claim independence from the crown.  He vows that this will be a short engagement for the troops he dispatches.  At first, it appears he is correct with this assertion.  The Americans routinely are retreating.  In fact one Colonel Samuel Webb is quoted in the book as having written that “I can only say that no lads ever showed greater activity in retreating than we have…” (p.250).  It was true.  The majority of the book is the Americans retreating away from the British and German troops that were better clothed, better armed, better fed, and better skilled.

But in the end America wins, right?  Yes, they do.  Some of us may know that we won with the help from the French who had recently fought for their own independence from an imperial crown, but this was many years down the road.  We leave the pages of 1776 on an encouraging note though.  The Americans have taken Trenton, New Jersey.  They have a renewed sense of purpose.  It was rough going, and would continue to be so, but they were feeling capable again.  Some say this is all because of George Washington’s leadership.  Although it must be noted that he made many, many mistakes throughout the year 1776.

“The year 1776, celebrated as the birth year of the nation and for the signing of the Declaration of Independence, was for those who carried the fight for independence forward a year of all-too-few victories, of sustained suffering, disease, hunger, desertion, cowardice, disillusionment, defeat, terrible discouragement, and fear, as they would never forget, but also of phenomenal courage and bedrock devotion to country, and that, too, they would never forget” (p.294).

This book is written in such a way that anyone with interest in the American Revolution can read easily.  It also is a great read for those of us who have read many, many, many very boring textual papers, books, and articles about the Revolution.  Anyone can enjoy this endeavor into the first year of American independence and I certainly hope that people will pick this book up.  Especially if it is true that we are graduating students who do not know the BASIC history of the United States, let alone a more in-depth look into a fascinating time period of our history.

If you would like to read this book it should be readily available on Amazon.com, at your local bookstore, library, and possibly local used bookstores.  Read on and never stop learning!

2 thoughts on “Review for David McCullough’s 1776”